The countdown is on to make New Year’s Eve plans for December 31. And with many of Toronto’s best restaurants offering prix fixe menus and party packages that include entertainment and a midnight toast, the clock is ticking to book your night to remember.

Don’t drop the ball on making a reservation! Instead, refer to Menu Palace’s restaurant listing, following, and reserve early to say “so long” to 2015 with a meal you’ll remember all year long!

This Front Street restaurant that features premium French-Moroccan cuisine offers a taste of the exotic under lantern-lit tents, with a side of belly…

Celebrate New Year’s Eve in style with an Asian-inspired prix fixe menu by superstar Chef Susur Lee and his two sons, Kai and Levi Bent-Lee, at this…

With two Toronto locations to choose from, The Copa offers barbecued Brazilian fare coupled with sizzling entertainment to heat up your New Year’s Eve…

Choose from an à la carte menu featuring fresh lobster and truffles, or a four-course prix fix dinner that includes sparkling wine for $140 per person…

Reputed by food critics as one of Canada’s best restaurants, this near-institution on Queen Street West is certain to dish out the full VIP treatment…

From the same folks behind Nota Bene is The Carbon Bar, a more casual take on dining that offers unpretentious dishes delivered with impeccable hospitality…

Choose an early seating and enjoy a $75 per person prix fixe menu, or reserve a later table and stay for the festivities, including a midnight toast,…

10 star-studded restaurants to enjoy during TIFF

Top GTA restaurants to dine at on Christmas Eve! 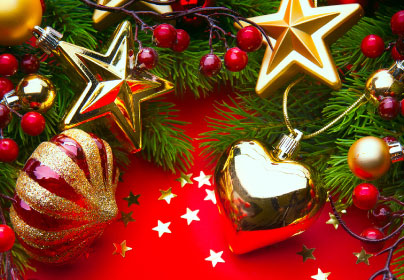